Guanxi And ecommerce in China

Guanxi And ecommerce in China


Despite the reputation of ecommerce in China, shoppers are distant and impersonal, through social technologies such as instant messaging, they can create a sense of personal and social relationships between buyers and sellers, called "fast guanxi" in China, to facilitate transactions loyalty, interactivity and repetition,
more information. 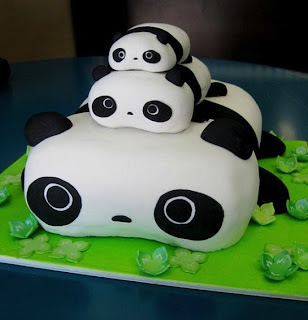 Guanxi is a Chinese concept


"broadly as an interpersonal relationship of proximity and pervasive" and "based on the quality of social interactions and the reciprocal exchange of mutual benefit," Or, Pavlou and Davison wrote. In the past, online shoppers were assumed to prefer impersonal transactions, but their study argues that retailers and customers basically want the kind of relationship that can be called guanxi, although the degree and extent of communication varies culture.

For example, in China, communication before an operation a few dollars could take more than 45 minutes.

"Nobody argues that personal relationships are not important, but it is unfathomable that people in the United States would engage in such an extensive communication and personal interaction for a small transaction," said Pavlou, Milton F. Stauffer Professor of Information Technology and Strategy of the Fox School.


IM technology used on Taobao allows buyers and sellers to interact immediately and use emoticons and avatars in the negotiation and verification of the details of the transaction. In addition, all guest posts related to a specific product are displayed in a message box. Finally, the feedback system allows users to textual and numerical evaluations of buyers and sellers that create other reports. "The role of CMC tools in the rapid establishment guanxi via interactivity, presence and confidence, suggests that the buyer-seller interaction can easily and quickly turn strangers into knowledge," the researchers write. "In terms of repeated transactions, the effective use of CMC tools creates a significant opportunity for online sellers who want to quickly build guanxi with buyers by building buyers' trust.

" With the use of CMC tools (such as instant messaging, message boxes and return), Taobao has reached a level of loyalty or "sticky", 71.3 per cent of its customer base - the kind loyalty that is usually associated to brick and mortar retailers. Guanxi, largely made possible by CMC tools, can help to explain the success of Taobao in China despite eBay's attempts to capture the online market in China with eBay in China (EachNet). Taobao currently has a 96 market share in China per cent against 0.1 per cent for EachNet.