Chinese e-commerce giant Alibaba is preparing to launch the largest IPO in history Thursday, which is expected to rise to $ 24 billion. However, the company is not familiar to those outside of China, where almost all of its business is registered. So what's Alibaba, and why is it worth so much money?
Alibaba was founded by Jack Ma, a former English teacher in 1999, Ma is now one of the richest men in China, with estimates of its value ranging from $ 12 to $ 21 billion .
The company founded Ma of China, and by some measures, the largest e-commerce company in the world. According to the Wall Street Journal, the company manages 80% of e-commerce in China, with transactions on its sites, totaling $ 248 billion last year.

The company operates several online markets in China, including Tmall, an online retailer Amazon style; Taobao, an auction site similar to eBay online; and Juhuasuan and a Chinese version of Groupon.
In addition, the company has Alipay.com, the Chinese equivalent of PayPal; and has large stakes in Sina Weibo, the Chinese version of Twitter; Youku Tudou and the closest Chinese equivalent of YouTube. Alipay, however, is not part of the deal in Thursday's IPO. According to Forbes, in 2011 Alibaba chief Jack Ma took personal ownership of Alipay, Alibaba withdraw, reasoning that foreign investors can not be involved in a company providing third party payment services in China. 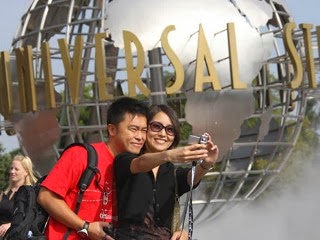 The structure is also important Alibaba. The company has an unusual partnership structure, consisting of a group of 27 managers dubbed the "partnership Alibaba," who have the power to appoint the majority of members of the Board of Directors. Alibaba said the arrangement will preserve its culture of innovation in a booming sector and reduce distractions of fluctuations in financial markets, according to a report by the Associated Press.

This organizational structure allows "Jack Ma and his team realize the value of ... [their capital] in society, in the meantime they can keep control of the company, using the partnership structure," according to Professor Zhang Yan Anthea, the Jones Graduate School of Business at Rice University. Part of the reason why Alibaba is listed on the NYSE, rather than Hong Kong, is that the regulations of the latter refused such a structure, then they are acceptable for a list of United States.

Despite the phenomenal growth of Alibaba, the company has very little penetration in international markets. Moreover, despite attracting the interest of American institutional investors (Yahoo already owns 22 percent of the company) retail investors have so far not been affected in similar numbers. "Despite the hype about Alibaba, the average investor in the street does not know that Alibaba is or what they do," Lee S. Rawiszer, capital management Paradigm Financial Partners in Westport, Conn., Says the Wall Street Journal.

"Because [Alibaba] will be listed on the New York Stock Exchange, it must follow all the rules of the exchange. Needless to disclose more information on their financial statements and strategy. Such increased monitoring and more transparent financial reporting will allow Alibaba to build his credibility outside of China, and help it penetrate foreign markets, "said Professor Zhang Yan Anthea.