Which social Media are good for promote my E-Commerce Business in China?

China is one of the closed minded country in the world in terms of Internet, but these constraints directly contributed to the incredible success of local Chinese social media sites. The Chinese government, it is impossible for foreign companies to enter the social networking market in China. Without access to the majority of social media used elsewhere in the world, the Chinese have created their own networks, such as Facebook, MySpace, YouTube and Foursquare - but with more users - which is why every company needs global to pay attention to these sites.


Sina Weibo"Weibo" is the Chinese word for "microblog". Known as the "Chinese Twitter", Sina Weibo is actually much more than that - it has twice as many users as Twitter, and is used by more than 22% of the population of Chinese Internet almost 540 million people! Sina Weibo was well ahead of the game by offering users the ability to embed images and videos - well before its western counterpart Twitter.

And just like Hollywood celebrities to connect with their fans via Twitter, Weibo depend Chinese celebrities ... and even some celebrities spirit world jumped at the opportunity to connect with their Chinese fans through Sina Weibo. Lebron James and Kobe Bryant are two of the most influential global celebrities in Chinese social media, and they are both Sina Weibo active users. After the establishment of a Sina Weibo account last month, Kobe Bryant had more than 100,000 followers within hours. He began his account just days after a message appeared on the account Sina Weibo Nike Basketball, the Chinese New Year Day: "Hey, it's Kobe, I decided to take over managing Weibo Nike basketball -ball for a few days and I wanted to wish you all a Happy New Year. "

RenrenRenren is essentially Facebook of China. Formerly Xiaonei, which means "school", it began as a platform to connect with new friends from school. Like Facebook, Renren aims to stay current in the rapidly growing mobile space and meet the college students. Renren has about 150 million registered users and 31 million monthly active users.

Pengyou, which means "friend", was developed by Tencent for a site "facebook-like". Although pengyou has users less active than its direct competitors Reren and Weibo, because of its multiple platforms, it is the largest online community in China in terms of registered users.

QQ is an abbreviation of Tencent QQ, a popular instant messaging service. Last September, there were 784 million active user accounts with approximately 100 million line at a time. According to the Alexa internet ranking, the QQ webisite 8th - moving ahead of Twitter. 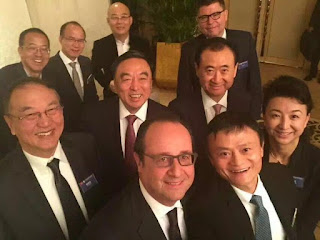 Douban is very similar to MySpace, popular with groups and special interest communities and networking around specific topics. It has over 100 million users and is the most active users are intellectuals and pop culture junkies in search of movies, music and book reviews, with nearly 60 million registered users and 80 million monthly active users. For the 20th anniversary of Tiananmen 1989 Douban extended its keyword list to prohibit any terms that may be relevant to the incident.

Diandian Diandian, meaning "bit by bit", may well be the "Tumblr China." Diandian reached five million users since its founding in 2010. Diandian looks, feels and acts like Tumblr, and is often referred to as a "perfect Chinese clone Tumblr".


Youku, which means "excellent (and) cool", is the second largest video site in the world after YouTube. Youku has partnered with over 1,500 licensees, including television stations, distributors and TV companies and film production in China who regularly download multimedia content on the website The March 12, 2012 -. the two largest online video companies in China, Youku Tudou and announced their merger - the name the combined company's Youku Tudou Inc.

WeChatWeChat - is a voice and text mobile. With social features like "friend finding" you can chat with friends via voice, text or images. You can also create group conversations with several friends to discuss together. It has over 100 million users.

JiepangLike Foursquare, Jiepang, is a Chinese social networking service based on location for mobile devices. Users "check in" at places nearby. Each award certificate in the user points and badges "local surprises"