The popular social media platform Little Red Book (Xiaohongshu) has reportedly been suspended from the apple Store and Android Store since yesterday, July 29th. A search of the app on the Android Store indicates that it is "temporarily unavailable", although it is still available on the Apple Store. 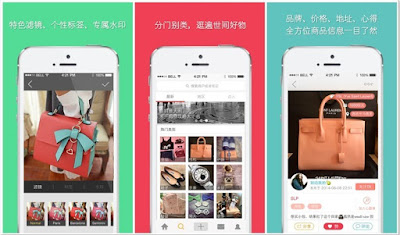 
A spokesman for Red said he was actively investigating the problem and that current Red users are not affected. The news spread like wildfire on Weibo, with more than 900,000 threads.
Many Internet users were not surprised and criticized the platform for being poorly managed and full of false reviews and paid ads. Some also complained that the quality of messages has decreased since its launch.
more information about xiaohongshu

Little Red Book, founded in 2013, is a social media and e-commerce platform that has become a popular app for sharing product reviews and buying cross-border properties. The platform has grown rapidly and in six years it had 200 million active users per month.

We are currently negotiating for additional funding of $ 500 million. To reinforce its quality control issues, Red has undergone a series of content control measures. Last January, she launched her "Brand Partner Platform," which insisted that KOLs clearly label their sponsored publications.
In May, he revamped his entire KOL ecosystem and eliminated more than 13,000 KOLs with fewer than 5,000 followers. However, in June, officials from the Chinese Ministry of Industry and Information Technology warned Red to solicit consumer information.

Under investor pressure, the platform seems caught between two attempts to expand and maintain the quality of the content. To date, many luxury brands are taking a wait-and-see approach to the platform despite its popularity.


"We are still watching the evolution of the platform and the adequacy of demographics to our target consumers," said an expert in charge of US luxury brands in the Chinese market.


In addition, some brands have questioned the return on investment in terms of actual sales, because Red is largely a platform where consumers write and read reviews - not a literal sales site such as trading platforms. Tmall and JD.com.


Nevertheless, many luxury brands, especially high-end beauty brands, have created official account profile pages on the site. However, for the moment, they are mainly intended for KOL sponsored messages. More particularly, the French fashion house Louis Vuitton adopted the platform very early, inviting the Chinese influencer Mr. Bags to review his bags for his first job. To date, however, most other luxury brands have not released anything yet. Maybe once Red has solved his current platform issues, things will change.
Publié par MIKE à 09:30