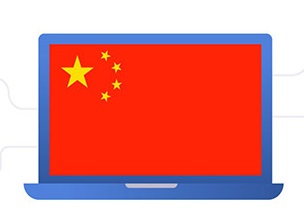 Chinese censorship, already suffocating, has just touched the shores of Internet video. We already know that tens of thousands of censors glued to their screens day and night identify, target and communicate to public security content deemed "unacceptable" written in Chinese personal messaging.

We know what happens next: live warning on the laptop screen, police raid on the person, summons to the district police station ("have tea" with the police), intimidation or prison sentence for "re-education". An additional step has just been taken by directly targeting websites and platforms that will be deemed responsible for posting videos deemed "harmful".

600M users affected Chinese censorship has always existed, but since Xi Jinping came to power in 2012, it has taken on dimensions never before attained, adapting to the technological evolution of computers and mobile phones. Chinese cyberspace has a total of more than 800 million users, and the new guidelines released by the government-supported Association of Chinese Internet Services (ASNC) will reach nearly 600 million users.

A list of 100 types of video content has been made public. All of them should be banned from websites notably managed by Tencent Holdings, Kuaishou and Beijing ByteDance Technology, among the largest on the Chinese Internet. This new wave of censorship follows a campaign launched six months ago by the Chinese cyberspace administration to clean up content on the Internet.

Ban on parodying Chinese leaders on the Internet


First rule to be respected by the platforms: the titles, subtitles and comments must be checked before broadcasting. In addition, all companies involved in the video business will have to set up a special control team with high political conscience in harmony with the line of the Chinese Communist Party. Thus, the priority subjects targeted by this censorship concern politics. None of these operators can post videos in which the Chinese anthem is parodied, the leaders of the single party criticized, the independence of the island of Taiwan encouraged.

Images worshiping king money, "unverified" (sic) videos of demonstrations or rallies, or conveying an "unhealthy" view of marriage and love will also be prohibited. This part develops all the rules concerning films of the pornographic type or with sexual content.

"Nothing will be able to speak openly and freely"

Beyond all these subjects deemed "sensitive", already numerous, operators will be prohibited from broadcasting images which "ridicule, mock, oppose, defame the theory, system, thought and socialist culture with Chinese characteristics, policies and major principles of the country ”. It will also be prohibited to create cartoons and clips of speeches by national leaders.