I receive many questions from visitors on the availability of organic food in China. The answer is complicated and it all boils down to what the ultimate philosophy of the visitor is on the food "organic" and their confidence level.

New food scandals seem to be a weekly event - the most famous of them was contaminated with melamine and infant formula milk.


hit $45 billion in 2009 and are expected to reach $52 billion in 2014, according to the Freedonia Group, an international business research firm.

China has become one of the biggest players - as both producer and consumer. In 2009, it made more than 2 million tons of farm chemicals, exporting 800,000 tons. 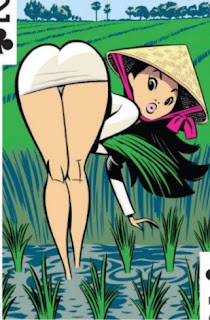 Organic (synthetic) pesticides have been widely used worldwide since the 1940s and still take the major market share. Low-toxicity - and expensive - biological pesticides account for 1 percent of sales in China.

But recently, Wal-Mart stores in Chongqing have been temporarily closed for the sale of meat ordinary pork as organic. The bottom line is, you can find plenty of food in China, which claims to be organic, but it can not ultimately be what you (or someone) would consider organic.

It seems incredible that farmers would shun the vegetables they send to the cities. But that is the case in Xundian where 100 hectares of greenhouses provide vegetables for Kunming, about 50 kilometers away. Farmers next door will not eat them due to health concerns. china daily

"Chemicals and fertilizers are widely used. We have to use them to grow bigger and more beautiful vegetables to meet market demand," local farmer He Chengliang said. "But we only eat those grown in our courtyard without the use of chemicals. The variety may be limited but they are safe and healthy."