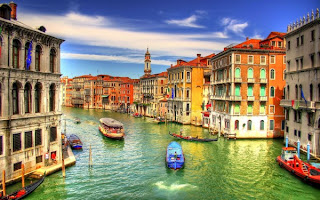 
A digital Marketing Agency (Gentlemen) is a web marketing agency specializing in the Chinese Digital. We seek a candidate with experience in e-commerce and SEO. 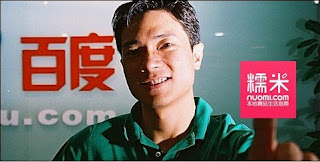 Profil of the candidate

So we search for:
- A person with 1-2 years of experience in e-commerce / SEO
- Having experience in China
- Having a sense customer
- Having a Business orientation
- Able to manage a multicultural team
- A high analytical capacity
- Good level English, Chinese is a plus
- Good general world culture of the Chinese e-commerce

#Uber partnership with Xiaomi in China 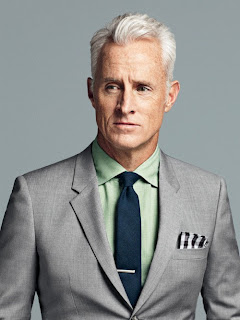 Xiaomi A special meeting between the 8 agencies of the Chinese government is a positive sign for Uber and his rivals, saying Beijing wants to forge a unified national policy to promote the development of rental car service operators.
source : http://www.youngchinabiz.com/en/internet-uber-eyes-beijing-accord-finds-partner-in-xiaomi/

Beijing meeting sends a positive signal for Uber
The Uber brash and rivals see encouraging signs in China, with reports that Beijing has called a special meeting of 8 ministries to clearly define a national policy on these suppliers up-and-coming car rental services. At the same time, Uber has expanded its stable of partners in China by forming an alliance with Homegrown sensation Xiaomi smartphone to promote their products and services in Southeast Asia. Finally, Uber is also in a slightly disturbing way that highlights some of the risks it will face, such as the media, in southern Guangdong Province report that one of the company pilots was murdered by a client .

Uber and rivals like Didi and Kuaidi Yidao Yongche made big headlines about China's non-stop for most of this year, reflecting their sudden explosion on the scene hired auto services. The controversy comes mostly from their business model that uses car owners to independent customers of the shuttle from place to place. These services compete with traditional taxis, and thus have reaped huge protests from taxi drivers.
These private car services are also somewhat more difficult to control in terms of quality. This issue is reflected by the occasional reports of rape and other misdeeds by drivers who are usually private car owners who work with Uber and others as independent contractors. The last case of murder in Guangdong raises similar issues, but it is interesting to note that traditional taxi drivers also face a similar risk of theft and other crimes by their customers.

All that said, let's start with the most important of the great history of the image, which Beijing says has convened an unusual meeting of 8 different government agencies with regulatory authority over private car service providers. (Article in Chinese) The meeting seems destined to hammer a unified approach to the regulation of these companies, which have become very popular because of their lower price and often superior service on regular taxis.
The media swarmed to China Uber history in general due to foreign roots of the company and its 1 billion plan aggressive spending for the market this year. This expansion has seen Uber encounter many obstacles to local governments, including raids on its offices in two major cities earlier this year. But the reality is that national competitors face a similar review of the government because of their aggressive practices and also the protests of local taxi drivers. Positive signal in China

In this context, this meeting of so many national government agencies seem encouraging because it suggests that Beijing intends to leave the industry to develop and has no intention of closing services like Uber. But he also wants to ask a unified policy to promote the orderly development and guarantee against fraud and other potential problems that could occur with such rapid development of a new sector.

safety of drivers of private cars

One of these potential problems is the safety of drivers of private cars, which was honored with a case that saw a pilot hired auto services eventually killed by a client in the southern city of Shenzhen. (Chinese article) The reports cite the family of the pilot saying he worked for Uber, and disappeared after picking up a client for a fee of 300 yuan.
This type of crime happens in taxis too, though most taxi drivers are employed full time probably receive special training to help them avoid becoming victims. This specific case may put pressure on Uber, Didi Kuaidi and others to improve the training of their pilots, adding to their costs.
Publié par Marketing to China à 00:53 1 commentaire:

Social media is important for your e-commerce strategy in China

The social media manager in China must ensure the link between the culture of the company and the digital ecosystem. Expert in the field, it must design and implement the strategy of image and corporate communication on the various social networks such as wechat, weibo, Linkedin, douban, nice, etc. It must protect and consolidate the company's online reputation and devise strategies to build social communities around influential brand.


The mission of the social media Manager in China

To achieve its mission, the social media manager must study what is happening on social networks, analyze trends, to disseminate the most appropriate campaigns to different targets. He scrutinizes competition and monitors technological to detect new tools that will enable it to increase and optimize its communities. For the mission, it uses analytical tools that help measure the performance of actions implemented.

Expert social networks and influence strategies, social media manager also has the marketing and communication skills. Technically mastery of statistical tools (Baidu Analytics, ...) and tools to measure online reputation is essential in China. Marketing training and communication with an emphasis in digital marketing strategy are relevant to address this function.

Wechat , weibo , There are so many social media platforms. Which should be good for your business? say Philip 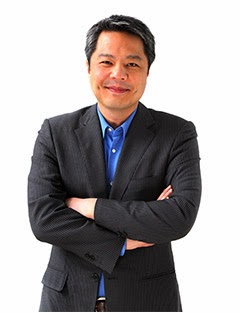 Where should my company start ?

If you sell cleaning of drains, your company should be on Wechat? If you were a musician in a rock band, you need a personal page on weibo ? Many companies ask this question - "What social media platforms we should be on" - and too often their response is, "Register for each of them."
But you are probably wasting your efforts being places that will not do your business any good.

This does not mean that every company must follow a specific classification guide - it does not exist. It is more about what you are trying to accomplish? Are you trying to engage in conversation with the hope that customers will follow? Or are you trying to be more specific as to reach out to people who mentioned the problems your product or service solves? Whatever the case, there is a social network for that with a relevant user base.