In China you can rent a fiancee via Internet


Rent a Chinese Girl on Taobao it is possible

This week, China stops to celebrate the new year. And like every year, it is also the peak season for rental engaged by young single women. For several years, the supply adapts to this growing sector. After thirty-five years of one-child policy, the demographic imbalance is however largely in favor of men (116 men for every 100 women, approximately 20 million men and more). But tough social prejudice further complicate the situation. Chinese tradition, the boys choose a woman less educated and less wealthy, and girls continue, he seems to prefer a higher socially husband. Find Shoe Fits is increasingly difficult for Chinese who have spent years studying and enjoy financial independence. 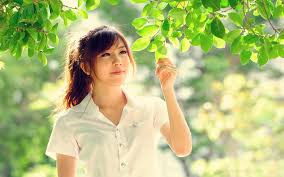 
When these urban youth in general only daughters, visiting their families in the provinces, they are subjected to enormous pressure from parents who despair of singles, and call for grandchildren. Past 25 years, young Chinese are pinned the contemptuous term "shengnu" ( "left-nots"), in a country where the marriage was very recently a social contract, not a sentimental commitment. Some dry drudgery on the pretext of holidays abroad. Others, not to spoil the feast of ravioli, and avoid being present contenders, will pay for the event the services of an ideal son. According to the Asian press, which is full of stories about it, Taobao shopping site, equivalent to our leboncoin.fr has seen in recent years, the number of ads explode. Hundreds of students or actors offer their services. It costs a few euros to walk in holding hands or hold a conversation on the Internet, and up to several thousand to take the role of happy fiance during a fake wedding ceremony.
source


On the forums, one wonders if the fake fiancés must accept the "Hongbao" red envelope filled with banknotes traditionally offered to the family and friends. Or have sex is acceptable or not in a country still very prudish. Anecdotes abound, such as the one about the man who, having found sleeping in his pseudo-laws, has its speaker "employeure" and refuses to pay child support.
But business is not limited to women, even though men are much less use, nor to China: in France also, it is possible to find an online "friend" paid out, going to church ... or visit family visit