Cosmetics is one of the three most popular categories in Chinese marketplaces. China's second largest cosmetics market behind the United States is expected to rise to number one by 2030, according to a Mintel report.

There is still considerable growth potential for skin care products and makeup. . The other rapidly growing category is that of "cosmeceuticals", that is to say multi-use products that combine cosmetic (eg skin lightening) and pharmaceutical (eg anti-acne treatment) characteristics. 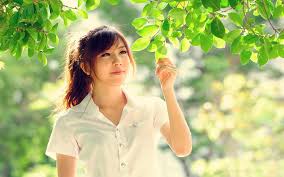 The Chinese law prohibiting products not tested on animals and the direct promotion of medicines again knows through crossborder regulation a space of tolerance subject to respecting conditions known only to operational specialists in crossborder e-commerce.
Understanding the Chinese market
The Chinese market has enormous potential and offers many opportunities with regard to cosmetic products. However, the regulations are complex and following health scandals, a certain mistrust has arisen among consumers. This is why there is some information to take into account if you want to import your cosmetic products to China.
First, to import a cosmetic product, you must register the product with the Chinese authorities. The rules are strict and the list of ingredients authorized and rather limited. So if you want to import new products, the procedure will be longer.
Then we must differentiate the classic products: care for hair, skin and makeup which simply requires a registration certificate, with specific products: for hair growth or dye, fitness, deodorants, elimination of pimples, sunscreen , whitening products, reduction of pigmentation and new ingredients which also require a hygiene license, which represents an additional cost.

Tmall is the leading ecommerce player in China 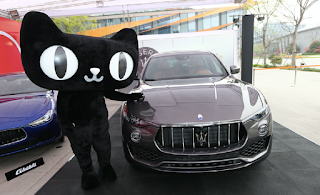 
On the side of private players, pioneers on this market, the first group appeared in 2002, in Beijing, with the creation of CiMing Health Checkup (慈 铭 体检) by a team of medical oncologists from a general military hospital. Very quickly, other private actors launched themselves: iKang (which means "likes health" in Mandarin) in Beijing also, Meinian (which means "once a year") in Shanghai in 2004 and One Health (later merged with Meinian) in Shenzhen in 2005, for the most important. Some foreign groups such as the Taiwanese Beijing Meizhao Health Screaning Co also tried to set up in 2004, but never developed as strongly and quickly as the Chinese players.
Since their creation, these Chinese private groups have experienced strong growth, exceeding 15% per year on average. CiMing now has 53 own centers located in the largest cities (Beijing, Shanghai, Guangzhou and Shenzhen), 30 franchised centers in smaller cities (between 5 and 10 million inhabitants) and 100 partner agencies. iKang had 58 centers in 2016 compared to 130 for the Meinian Onehealth Healthcare group, which has become the largest of the private groups by successive takeovers of provincial groups. As for Meizhao, it still has two centers, one in Beijing and the other opened in Shanghai in 2009.

Skin Care in China IS about to Become Huge
The retail trade revenue for cosmetic was 21.49 billion yuan in March 2017Asia cosmetic routine is becoming famous around the world. Open YouTube, and type skin care; the top results are most likely going to be My Korea Skin Care Routine, type skin care Korea on Google and see the hundred of blogs and videos being post on the topic