Ganji.com prepares its IPO. Chinese marketplace started the IPO process, she announced on 10 March. This is the equivalent of Craigslist or Angie's List in China. She publish the ads online and on mobile devices for a range of products and services of its clients. Its direct competitor 58.com had undertaken the same approach as soon as September 2013 on the New York Stock Exchange
Headquartered in Beijing, the company has raised more than $ 400 million since 2009, including $ 200 million in August 2014. The Carlyle was among the investors on the last lap. Ganji.com derives most of its income from the job board: the equivalent of about $ 158 million in 2014. The company announced in December that it will invest $ 100 million in a platform Sales of used cars.
Ganji was founded in 2005 by Haoyong Yang (now CEO) and has most of its customers in China. 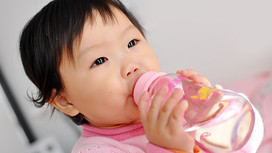