Today we will focus on another aspect of the central Chinese web e-commerce. It is a vast industry that has now grown to 242 million online shoppers, which is the largest in any country in the world, and that means 43 percent of all Chinese Internet users buy things online.


here are some more statistics e-tailing sector in China: 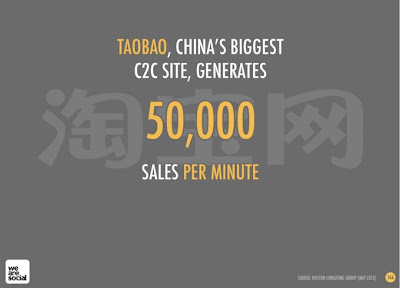 some graphics created by We Are Social (embedded in full below)