E-commerce in China and taobao

Taoabao active client o reached 711 million, an increase of 18 million from the 12-month period ended in 2019.


E-commerce in China and taobao


Mobile Taobao buyers on its China retail marketplaces reached 824 million end of 2019, an increase of 39 million in 2019.

The industry of online sales increased by 120% between 2003 and 2012, that is to say, from the year of creation of the most trusted online sales not only in China but also in the world Taobao ("find treasure" in Chinese).

Taobao
Taobao is owned by Alibaba Group, the undisputed giant of the Chinese e-commerce. The main objective is to promote Taobao system complete e-commerce to ensure a good experience for its users.
And to do that, Taobao meets the expectations and needs of Chinese consumers, unlike the giant eBay. The implementation of that strategy was to transpose the American system for the Chinese market, which cost him a dismal failure. Expectations of Chinese consumers of e-commerce are very different from those of Westerners.

For the Chinese, for example, trust between buyer and seller is very important. That is why they can communicate via "Aliwangwang" chat Alibaba, Taobao and offers mostly fixed price (which can be traded via chat) and only a few auctions (unlike eBay). The auctions are an individualistic way to buy or sell, making it an inappropriate method in Chinese culture, collectivist basis. 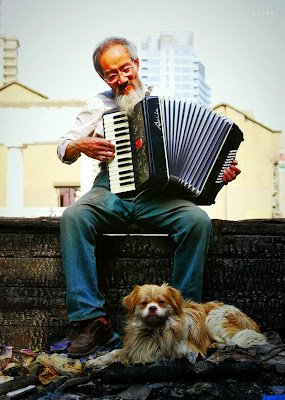 In addition, customers have the option to pay on delivery, cash and after checking the quality of the goods, as they would have done in a traditional shop in China. This payment method is also suitable for Chinese culture, in which the payment by cash is the norm. For example, the Chinese population of Paris is the target of many flights snatching. It is indeed a cultural trait for the Chinese to carry a lot of cash on them.   The design of the interface'' Taobao is also suitable for Chinese consumers. Site colors are red and orange, colors that symbolize the festivities and prosperity in Chinese culture. This is a very positive message to consumers, and is important to consider in a marketing strategy in China.

In general, the symbolism is very important in the behavior of Chinese consumers, unlike the Western consumer, explain the founder of this Agency !

Finally, Taobao offers free registration and a very good customer service, operational 24 hours 24. Its perfect adaptation to the Chinese market explains its huge success.   Today, Taobao is: 80% of C2C market online 500 million users 60 million regular visitors per day 800 million products Almost $ 100 billion in sales One of the 20 most visited sites in the world. The eleventh in April 2013, according to the ranking site Alexa Internet traffic.

Consumes on Taobao?   taobao's customers   The most important category of Taobao users is that of 25-35 years. They look more and more to buy high-tech products and spend a lot of time comparing prices on the internet.     Taobao: an opportunity.   Taobao is a very effective tool for small and medium-sized companies that want to enter the Chinese market
The investment is minimal: a company can create its online presence for free Since it is the largest site for online sales in China, Taobao allows great visibility in the Chinese market for sale online According to a study by the Institute Mckingsey, online sales will continue to grow in importance in China should represent $ 650 billion in 2020   Taobao can buy in small towns (a few million), which have neither good distribution networks, or a variety of products.

How to promote on Taobao

Brands use this opportunity to advertise products on this platform where about 80% Chinese buy their products Tmall provides opportunity for merchants to promote their products on Tmall official campaign platform Merchants through this platform have access to the transaction, sales management, tools, products release and shop decoration. Tmall rewards high satisfied stores with competitive sales from shopper based on the quality of product and delivery speed. 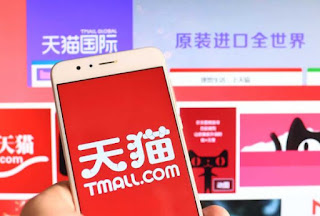 II. Tmall a question of confidence


Tmall is an extension of Taobao. This site specializes in B2C online trade, and is also visible through the site Taobao. Unlike Taobao has a reputation for everything that people want at the most attractive prices, Tmall offers branded products. The price is not the marketing argument Tmall. Rather consumer confidence in the products offered on the website and brand protection against counterfeiting. Some consumers are not buying counterfeit items and are therefore trusted online stores on the site. So Tmall allows brands to control their image and reputation.

The opportunity on Tmall   Open a shop on Tmall is very interesting for several reasons: Tmall represents 50% of B2C online today, then it was created in 2008 B2C e-commerce has increased by 130% between 2010 and 2012 Customers are protected from counterfeiting Buyers will more easily on Tmall shops because they are confident Chinese ecommerce shop 1   Chinese ecommerce shop 2   But opening a shop on Tmall remains a somewhat complicated investment for foreign companies. That is why opening a shop on this site is recommended for companies wishing to settle in the Chinese market over the long term.   In order to open an online store on Tmall must:

Having its registered company in China Having its registered brand in China Pass an online exam organized by Tmall to check if the site rules are well understood Submit official documents Pay 160,000 RMB (about 3,000 USD) as security deposit.
Both sites online sales are intended for different budgets for companies that use their brand as a marketing argument and those that offer attractive prices for their products. Online sales in China is a growing market and a very interesting opportunity, it would be a shame not to take...